The grey area between a pantser and a plotter

I am neither a pantser nor a plotter. I have my own method. It's worked for me so far.

Pantsers write without a structure in mind and plotters outline and then fill in the blanks. The pantsers and the plotters. I never really got this distinction. The grey area between these two extremes is just too huge. Experts tell you to do what suits you best. I figured it out, for me.

I wrote my first crime thriller (to be published in September 2019) as a pantser. It took several rewrites and several years and a lot of muddling about. I want a better method. Fun as it was.

The second time around (I am working on my second novel, a sequel) I thought I would try the plotting method. Total Fail. Got writer's block. So that's out of the window.

What I did next was
write the first half of the novel (rough first draft) and then took a break...because this is where I usually meander.

I started to flesh out the characters in greater detail. Not the main characters like the protagonist and the villain, because I already knew them well. But the minor characters weren't as vivid in my mind as I would have liked them to be. So I wrote out detailed physical descriptions, personality traits, goals, motivations, and interviewed them, asking them all sorts of questions. This included the characters who play bit parts. It took time and at times seemed a futile exercise. But I enjoyed doing it. I got some interesting plot ideas and insights. 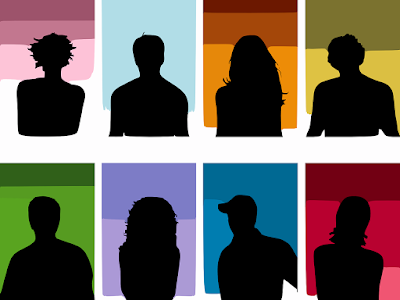 I found out what these minor characters were thinking. All of them had serious personality issues. There would be consequences.

I picked up the draft where I had left off. The protagonist was in the thick of it already but now I knew the parts the minor characters were going to play. It wasn't a magic pill. After the exercise was over, it wasn't as if that I knew exactly what was going to happen.

That is why I did not plot or outline the rest of the novel. A few chapters were done this way (the last 3-4 chapters) but the rest were written out as I went along. They were written very roughly, not bothering with grammar and paragraphs. Some chapters were barely a page or so. Quite basic really, not like the first half of the book, which was also a rough first draft.

In the second half of the book, there are mostly half sentences, dialogues without tags, and plenty of notes and questions to myself. It wasn't an outline but it wasn't really a proper draft.

The next step is to go back and flesh it out.

I hope to finish writing a proper first draft by March/April 2019 and then the second draft in the next 3-4 months.

Then I'll give myself a break for a month or two and then go back and write the third draft. If this works, it will be faster than my first novel, but it's not as if I will be churning out book after book.

I am a slow writer. But it feels good to be confident about the story and the plot. That's what matters.