Have you ever wondered whether people with low scores in IQ tests are really less intelligent than people who score brilliantly?

If you have, you are not alone. Doubts such as these have plagued researchers and laymen for years. Howard Gardner, a Harvard educationist, was one of the first voices of authority who raised questions about the efficacy of intelligence testing. It was only after the publication of his book Frames of Mind some twenty years ago, that new fuel was added to the fire.

IQ tests test just one ‘type’ of intelligence
In the light of what we know today about ‘emotional’ and ‘social’ intelligence, it is significant that as far back as that, Gardner put forward his various theories of ‘intelligence.’


The ‘intelligence’ tested by IQ tests he said was just one ‘type’ of intelligence, what is called ‘academic intelligence.’ Gardner was hailed as a genius by several educators who said that he had ‘liberated them from the ‘one-size-fits-all pedagogy and given them a framework to help children develop individual strengths – as artists, scientists, or just good citizens.’

Different cultures, different standards
Long before Gardner, fallacies about intelligence testing had done the rounds. It was more or less accepted that cultural differences between test subjects distorted test results. For example, an intelligent Sudanese from the jungles of Africa, with superior survival skills and finely developed leadership qualities, was likely to perform worse in an IQ test than an average school-boy from a developed country. To counter this, tests to suit different cultures were devised, but unfortunately, they never became as popular as the standard ones.

It's just practice
However, even those from similar cultural backgrounds can produce distorted results in IQ tests. That is because those familiar with the tests perform better than those doing them for the first time!

What are the barometers of Intelligence?
But the most disturbing fact about IQ tests is the limited number of skills that are taken to be the barometers of intelligence. Qualities like verbal ability and fluency, agility with numbers, memory, perceptual speed, spatial visualisation and reasoning are the usual barometers tested. These are not comprehensive, however. Of these, memory, speed, and skills like verbal ability are considered by educators to be simply tools which are used by people for certain tasks, and are not indicative of intelligence.

We just have to think of Einstein to know how true this is. Einstein, a creative genius once said: ‘My intellectual development was retarded, as a result of which I began to wonder about space and time.’ He was, of course, referring to his poor reading and writing skills.

Many legendary geniuses have lacked the so-called logical and calculative abilities tested in IQ tests. Yet these people achieved fantastic results in the fields in which they worked, often producing inventions which the world had never seen before. Often it was their acceptance and analysis of seemingly illogical modes of thinking which have played a part in their creative genius.

When Galileo said that the earth was round he was ridiculed. And when physicist Murray Gell Mann from the Santa Fe Institute said that protons and neuron of atoms are formed of subatomic ‘quarks’ with fractional electrical charges, he too was laughed at in the beginning. But these men had the courage to explore seemingly ridiculous ideas and proved them correct.

Highly intelligent people can fail IQ tests
Einstein and Galileo would have probably failed the standard IQ tests. What the IQ tests would not have been able to measure was their ability to form novel combinations of ideas, amazing combinations which average minds would not have the ability to create. Their brains are able to make brilliant neural connections, the likes of which can never be measured in IQ tests. IQ tests deal in possibilities and work with tried and tested problems, that is their very nature.

Intelligence is taking an idea through to its logical conclusion
Laymen might consider these novel conclusions by geniuses as some forms of ‘intuition’ but this is not so. The conclusions that these men reached were a result of logical and brilliant thinking. They were able to reach them not only because they thought of them, but because they were the kind of people who did not discount any possibilities, however ridiculous they sounded. A standard IQ test simply cannot measure the tenacity and persistence that these minds possess. Persistence which stands like a rock against society’s ridicule. Also, IQ tests are unable to measure the high mental concentration that these minds possess. 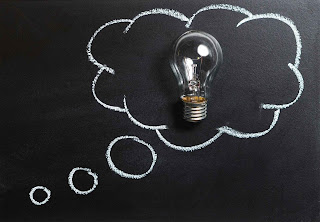 Intelligence is imagination
There is also an imaginative faculty. Writers, musicians, and even scientists possess this to a high degree and it is quite impossible to quantify it in IQ tests. Picasso, for instance, saw numbers as patterns ever since he was a child, and in 1965 A Kekuli discovered the shape of a benzene molecule by dreaming of it as a snake biting its tail – round!

(Photo by Pixabay on Pexels.com)

Intelligence is related to life
Besides the creative and imaginative genius, there are other qualities which are not measured in standard IQ tests. These set of qualities fall under the category of ‘practical intelligence’ and consist not only of ‘social intelligence’ and ‘emotional’ intelligence but also an ability to solve day to day problems. Many highly intelligent people possess this type of intelligence and they are usually very successful in life.

Social intelligence includes leadership qualities, good interpersonal relations, the ability to judge other people’s moods and behaviour and an ability to sell one’s ideas to others. A detailed analysis of socially intelligent people revealed characteristics like punctuality and an ability to compromise and see another’s point of view.

Academically brilliant people are often mentally lazy
On the other hand, many academically brilliant people, people who score extremely well in IQ tests, do not think problems and solutions through. They are used to pat solutions. Worse, their academic intelligence often makes them arrogant and impatient and they are eager to reach ‘correct’ answers. This can make them quick impulsive thinkers.

While it has been proved that ‘quantity’ of grey matter is not indicative of intelligence, there is evidence that the way neurons in our brains are wired can give a clue.

Smart, intelligent people have more complex and more efficient neural pathways for transmitting information. In 1985, Dr Marion Diamond of UC Berkley and Sceibel, found that Einstein’s brain had four times more of oligodendroglia helper cells that speed neural communications than the brains of eleven of the gifted people also studied. Other studies have also borne out that people with higher educational levels have a more complex neural web than the uneducated. However, one is not sure whether this is the cause or the effect of education.

Intelligence starts to develop early
Yet, there is also evidence that these ‘efficient neural connections’ start developing early in life, as a result of stimulation which a child receives and absorbs from the environment. Probably an explanation as to why children from deprived backgrounds find it so difficult to catch up with the level of intellectual attainment of those who have had the opportunity to absorb from a rich, interesting and challenging environment. An environment which is not necessarily full of ‘academic’ challenges, but an environment which is rich in the lessons of life.

(This article was written by me for Deccan Herald, Bangalore, and published in the nineties. Amazing that not much has changed and that these ideas are still quite relevant. Even today there is no accurate way to measure true intelligence.)