A Touch of Class

(The article transcribed here was written by me for The Economic Times, and published on 13th October 2004. However, the information given here on dressing is timeless.

What should a man wear to get an elegant, stylish look? 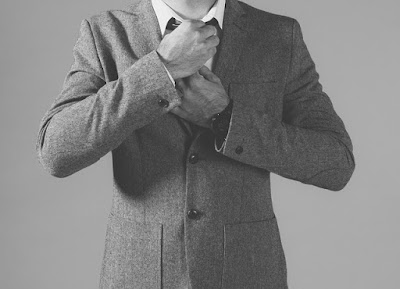 We exist in a visual world. Our clothes, looks, expression, gestures and tone create an impression which can last a very long time. And we unconsciously associate certain clothes and mannerisms with certain personality traits.

This is hardly a question of right or wrong…it's reality. When a man is better dressed he is noticed, receives more respect, and gets better service. Perhaps that is why corporate dress codes are flourishing and dressing well has become almost a job requirement. Picking the right clothes and accessories has evolved into a skill, an art if you will. And looking good is no longer the matter of picking up the right trouser and matching shirt and tie. It means selecting the right watch, belt, socks, shoes and even accessories like sunglasses, jewellery and perhaps the right brand of cell-phone and tablet. All of this is becoming an intrinsic part of a man’s lifestyle statement. A man is becoming what he wears. And what he carries.

‘If a man is wearing an Armani suit and Prada shoes you’ll know he’s not an
ordinary man,’ believes Sanyogita Chadda, General Manager, Design, at Raymond Apparel. One automatically assumes that he is the kind of man who has a mansion tucked away in the heart of the city, several farmhouses in exotic locations, a fleet of cars, a yacht and an aeroplane, and holidays in Europe. Armani may not be Indian, but there are plenty of Indian brands that impart a touch of class. Whether it's Allen Solly, Arrow, Raymonds, Van Heusen or a myriad of smaller brands, you’ll see them everywhere - in exclusive showrooms, in malls, in your next door store and yes, on pavements as well! The rip-offs. The masses out there are being drawn in hordes to the fakes.

If a man wants that coveted promotion he needs to dress well and the best thing he can do is to watch his seniors. ‘You should not dress for the job you are in but for the job you want,’ says Rajendra Grewal, CEO and Founder of The Wardrobe Engineer. So better think twice about sneering at that advertisement in which the well-dressed man wins the all-important contract or gets his boss’s job!

It’s a bitter pill for the nonchalant dresser to swallow but clothes can make you or break you. ‘Clothes tells you about a person…about how particular he is, how much attention he gives to detail. I would not hire a man who is sloppily dressed,’ says Rahul Bhajekar, businessman. Sanjay, Regional Manager in a multi-national firm agrees. ‘Though I would not judge a man’s ability by the clothes he wears, at the same time I would not hire someone who is not neatly or appropriately dressed. After all, the way a man dresses tell you something about him…at least about how well-organized he is.’

It's not as if Rahul and Sanjay are natty dressers. Though Rahul is fond of wearing branded clothes he does not wear a tie to the office (because of the weather) and sometimes wears half sleeves. However, when meeting clients he is in long sleeves and dark trousers. ‘My clients are mostly foreigners who do not wear suits and ties because of the weather here and so there is no pressure on me to do so,’ he explains. Sanjay does not dress formally either, although he is working in an organization which lays some emphasis on appearance. ‘Friday dressing which was unheard of earlier is becoming common in our company now. The new breed is young and are less in awe of the company culture, and are less likely to be clones of their seniors,’ says Sanjay.

Some Infotech companies, however, maintain a strict dress code whether it’s a Friday or a Saturday, and executives who come to work in jeans are frowned upon. ‘They are trying to prevent people coming in jeans,’ says Grewal. Casual clothes worn to the office are not supposed to be jeans, T-shirts and sandals or sneakers. ‘What is casual are crisp cotton shirts and trousers and that too in muted colours and patterns,’ adds Grewal.

Unless they are meeting outsiders, Indian executives tend to avoid suits and jackets. Formal business wear means dark colours but black is rather stark and should be avoided.

Shirts should be long sleeved and preferably be in a light colour like white or pale blue, perhaps with pinstripes or just plain. White is a good, safe colour. Ties should not match with the jacket but should contrast with it, but beware of wearing too bright a tie. While navy blues or dark reds can be the background, the pattern should be subtle. A matching handkerchief is an absolute no-no. Shirts can be a hundred per cent cotton but it goes without saying that ties should be silk. Silk ties can last a lifetime if properly cared for.

Accessories like tie pins are not in vogue these days but cufflinks are. They should have a matte finish to be considered elegant. As for jewellery, too many rings do not give a good impression and can look ‘loud.' The watch should preferably be steel or silver, although a gold watch can also look classy. A tan, burgundy or black belt is fine but a large bright buckle will be considered tacky. The belt colour should not contrast with the shoes (burgundy and tan is a good combination). Socks should match with the trousers. When it comes to the shirt, trousers and tie, it is best to go in for one solid colour and two patterns or two solid colours and one pattern instead of three patterns although this combination can look good if correctly done.

Finally its the man’s personal style which dictates what he wears and reveals his taste. While a select few get the right combination of clothes and accessories almost instinctively – most have to work hard at it. ‘Ninety per cent of urban Indian men don’t know how to dress,’ says Grewal. He feels that this is because they do not have references...the advantage of a public school background or a role model’. But Grewal believes that dressing is based on scientific principles and can be learnt. However, he warns against becoming a fashion victim. ‘In the IT industry employees have become victims of Chinos,’ he says. Then there are companies where the classical way of dressing is followed. Dark blue trousers, white shirt and black shoes and as a result, executives become clones of each other. He finds the combination of black pants and white shirt particularly irksome as only ‘waiters and undertakers wear such combinations.’ What one needs to do is to develop an individual style.

What about when style goes a little over the edge and becomes rather too individualistic? Unless they work in a work environment which welcomes it, they might have to pay a price. Erin Brockovich swore at work, wore colourful, revealing clothes and the result was that her colleagues and boss mistrusted her and doubted her ability. It can become important to blend in.

While blending in or standing out may be one of the reasons a corporate executive decides to dress in a particular way, many youngsters today dress to impress the opposite sex. Brands definitely matter more to the generation next, even if the goal may be more frivolous. ‘What a boy wears is more important than what he looks like. The right brand in clothes, shoes and watch can give him a cool look,’ says Madhuri, a first-year college student. Throw in a fancy cell-phone and snazzy bike and the teenager is telling the world that he has what it takes.

Though clothes and accessories are becoming an intrinsic part of our personalities, it's important not to let them take over our lives. ‘Let's not become victims of fashion,’ says Grewal. Our clothes are not who we are and they should be made to work for us, not the other way round. Following some ground rules helps. Before selecting clothes, one should keep in mind one’s body shape, the existing climate, corporate culture and the cost factor. A quote from Mark Twain is worth mulling over.


Our clothes…are on us to expose us…to advertise what we wear them to conceal. They are a sign; a sign of insincerity; a sign of suppressed vanity; a pretense…and we put them on to propagate that lie and back it up.