Are debut novels the worst or the best of an author's work? 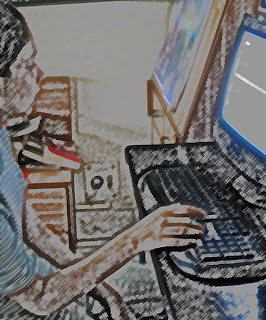 The dictionary calls a debut "a person's first appearance or performance in a particular capacity or role." And an author is a "writer of a book, play...etc" This could be taken to mean that a debut author is one who has written a book for the first time. This is how the public sees it.

This is highly unlikely. All authors have written something or the other before their book goes out in the public eye. Some have even written and discarded novels. Therefore, when the world talks about debut authors, they aren't actually referring first time writers, they are referring to first time published authors.

But why quibble on words? As the title of this post says, the purpose of this post is to analyse whether the first published work of an author is the best or the worst.

This is what the Wiki says about debut works.


Often an author's first novel will not be as complex stylistically or thematically as subsequent works and often will not feature the author's typical literary characteristics.


This is apparently because authors haven't yet figured out their own unique style or perhaps because they like to do what everyone else is doing.

The examples given are J.R.R. Tolkien's The Hobbit (1937), Margaret Atwood's The Edible Woman (1969) and Charles Dickens' The Posthumous Papers of the Pickwick Club (1837).

Another school of thought believes that debut novels are actually better.
Ayana Mathis says in The New York Times:

A debut novel is a piece of the writer’s soul in a way that subsequent books can’t ever be.


This kind of rings true. So what does this mean? Are debut novels the best work of a novelist? Or they are not? There are many examples of debut works which are the author's best.

Here's my take on it. If a writer publishes a novel when he/she is ready, and the writing mature, then yes, the first published novel is likely to be the very best. This is because a novel doesn't just have to have the writer's soul in it, the style and clarity of the writing matters. It is a combination of the two which makes a novel brilliant. And the mature writer has already written a lot of stuff earlier, maybe poems, maybe short stories, maybe journalistic pieces or just creative writing in a diary.  This is why the writer's style has already been developed.

When a writer publishes early, the novel may have flashes of brilliance (the reason why it was published in the first place) but the writer hasn't yet developed a unique style which is the hallmark of a great writer.

Both these type of writers are called debut novelists and are clubbed together when they publish their first novel, but the truth is that they are very different breeds.