It's happening. My book titled The Hawa Mahal Murders, the PILF prize winner will be launched at the inauguration of the Pune International Literary Festival (PILF) on the 20th of September 2019. Now everyone is going to be able to read it. That's madly exciting, yes, but also frightening. Yes, it was a contest winner but finally it's all about the reader!

One of the characters in my story has grandiose dreams. He wants to build a modern building on the lines of an ancient castle. And when it came to ancient castles, Hawa Mahal just popped into my head. At the time I hadn't thought of it becoming the title of the book. 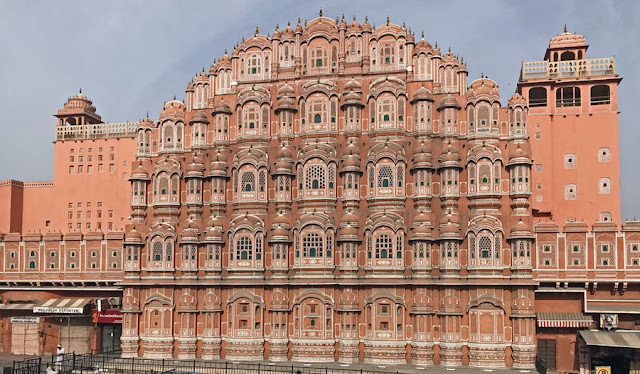 The actual Hawa Mahal is an ancient palace in Jaipur, Rajasthan, and the name literally means
"Palace of Winds." This is probably because of its 953 windows. 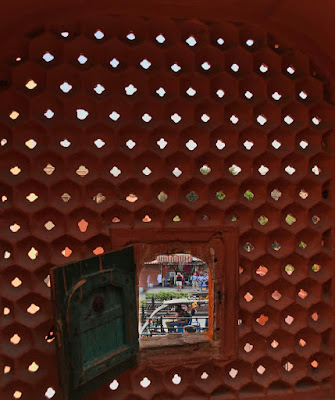 It was designed in such a way that the ladies inside the palace could watch the world go by and yet remain hidden behind the latticework screens. The ladies must have also kept comfortably cool because of the breeze flowing in from the numerous windows.

Hawa Mahal was built in 1799 when the purdah system was flourishing. The Rajput royal ladies were to be kept secluded from the eyes of strangers. They could not appear in any public area. That is why the king built Hawa Mahal. It would allow these royal ladies to enjoy from street scenes and processions without being seen. But the truth is that they could not participate in life.

That there is a radio program of the same name (Hawa Mahal) was something I discovered lately. According to Wikipedia,


Hawa Mahal is a popular nightly radio show in India broadcast on the Vividh Bharati service. It has a skit-format, where stories from various writers were dramatized into plays...

Apparently, this radio program still exists and has been around for years, as a cousin of mine informed me. It says here:

Hawa Mahal is 15 min radio program broadcasted by All India Radio’s (run by Indian government) channel Vividh Bharti. These days there is a FM channel 102.9 MHz where this program is played at 8PM (Mon – Saturday)


Hawa Mahal can mean many things and it is an actual palace in Jaipur Rajasthan. However, in my novel, the title "Hawa Mahal" is used in a metaphorical sense. The literal Hindi translation of "Hawa" means "air" and “Mahal” is “palace”; these words can be used in a sentence akin to saying "castles in the air". Or perhaps the words can mean the Palace of Dreams.

Both these meanings fit in perfectly well with my story in The Hawa Mahal Murders. When the man in my story imagines himself to be a king and wants to build a palace, he is in a way building castles in the air.