It's been three months since the launch of my book, The Hawa Mahal Murders, and when I look back I have a lot to be happy about. 40 reviews on Amazon and 44 ratings on goodreads, almost all of them positive.

Here is a review scrapbook
made from excerpts from reviews. 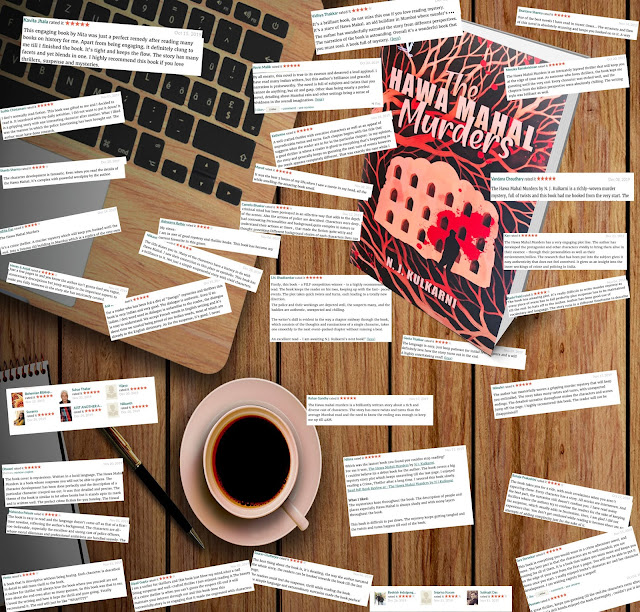 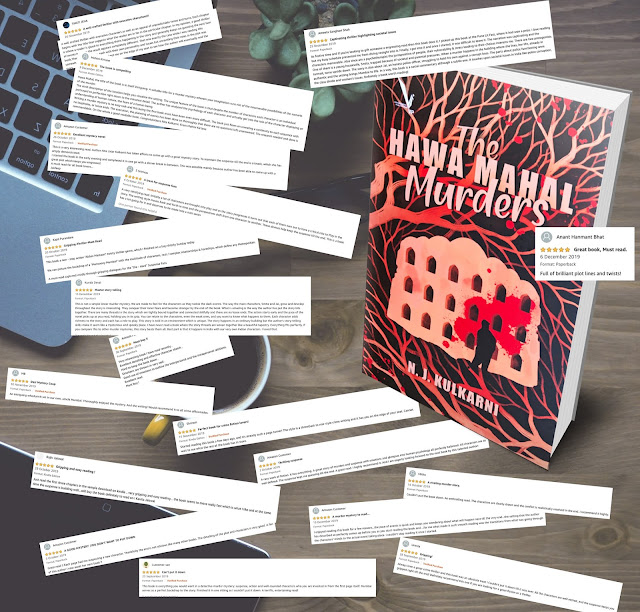 I had done a short review of reviews just a month after the launch when I had about 10 reviews. And even something before that on reviews about a week later. I think as authors we all feel starved unless we get reviews!

Books which are pushed by famous publishers usually get pre-launch reviews, scores of them. I had none. However, in a month I had got about 10 reviews which I found quite satisfying because the only thing that pushed these reviews was my book.

As for the not-so-good reviews, they are very few of those. I am open to constructive criticism, but strangely the reviewers who gave me constructive criticism, gave a very good star rating as well! They really liked my book but pointed out some things which they didn't enjoy that much, like the number of characters for instance.

The few of the critical reviews had factual errors, and those I ignore. One reviewer said the main character was called Shalini (it's Smita), another said that my book had too many Indian words (ignored), another said characters used bad words at times (ignored), another said that necrophilia was mentioned but it didn't have any relevance to the story. This last is a wrong fact. Maybe the reviewer read the book in a hurry. I am not blaming anybody because some people don't like complex books. But as they had free copies and were "forced" to review I guess they misinterpreted some of the facts just in order to get done with it. These are not my readers so it's okay.

I have some wonderful reviews from true readers, readers who bought my book, read it, enjoyed it and reviewed it. To these readers, I am grateful.
- Sunday, December 29, 2019